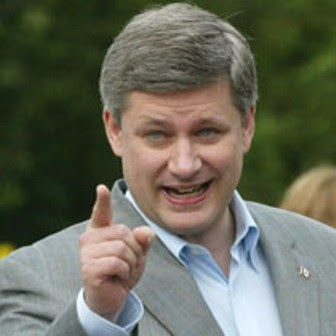 The non-partisan International Centre for Human Rights and Democratic Development, established by Parliament in 1988 to promote human rights and democratic institutions around the world, is under siege by the ideologically-obsessive Harper government.

Some recent Conservative appointments to the Centre's Board have apparently been so opposed to the very mandate of the organization that the Centre has been in gridlock for months. The frustration caused by these obstructionists may have literally killed the president, Rémy Beauregard, this past weekend.

Since the new Conservative appointees arrived, creating a 7 to 6 majority on a number of contentious issues, worthwhile initiatives have been nixed, and the ability of the President to respond to overseas crises, curtailed. And their antics have driven out prominent international members:

At a meeting Thursday in Toronto, the board voted not to reappoint one of its international members, Guido Riveros Franck, and voted not to provide three-year funding for a program to aid victims of sexual violence in Congo.

These came on the heels of a dispute over a decision, made a year earlier, to fund a non-governmental organization that some board members argued was connected to pro-Palestinian terrorist organizations. The board also passed a motion freezing a fund that the president could use to respond to crisis situations overseas.

It was during Thursday's meeting that Sima Samar, the chair of the Afghan Independent Human Rights Commission and former deputy president of Afghanistan in Hamid Karzai's 2001 interim government, signalled her intention to resign over the conduct of fellow board members and walked out.

She was joined by Payam Akhavan, a McGill University law professor and former legal adviser to the International Criminal Tribunals on Rwanda and the former Yugoslavia. Both were allies of Mr. Beauregard.

The Centre's management and employees have now demanded the resignations of three Board members considered to be particularly responsible for the organizational malaise: "On ne veut plus travailler pour eux. Il y a du harcèlement psychologique et de l'intimidation de leur part." [We don't want to work for them anymore. They've been psychologically harassing and intimidating us].

The new members want links with organizations critical of Israel to be severed. Even more worryingly, they have set out to racially profile their own staff:

[Internally, the Board members have asked about the ethnic origin of many employees and if they speak Arabic. "They think that the organization is too pro-Arab, which is ridiculous. We do democratic development there, as the situation demands. But there's been constant harassment for several months," an internal source emphasized.]

Unfortunately, questions about this cannot be raised in Parliament at the moment.