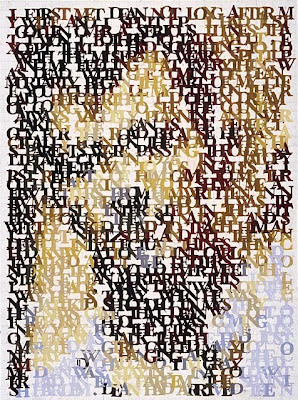 The Globe & Mail runs a letter today from a James C. Mullan, of Toronto, which I quote:

An Irish immigrant, I understand attachment to "home." I also understand loyalty to, and responsibility toward, one's adopted country, especially in those holding office in that country. By that standard, Governor-General Michaëlle Jean's emotional TV performance was a disgrace. She put her country of origin before the country in which she holds office and evoked emotion unbecoming in the Queen's representative.

On a personal note, I will be contributing to help Haiti recover from yet another terrible natural disaster.

Somehow Jean's expression of grief for the plight of Haitians is taken to mean putting Haiti (her birthplace) before Canada. The spatial metaphor conveys a narrow, linear notion of loyalty that does not permit the expression of affinity for any country or its people other than one's adopted one. Memories of our countries of origin may be suitably packaged into cooking, folk dances, green beer on St. Patrick's Day and the like, but that cultural reification--a form of containment, in fact--is the important thing.

Canadians, thus far, apparently including Mr. Mullan, have shown extraordinary generosity towards the stricken people of Haiti, and this outpouring cannot be said to be emotionless. It would appear that only the Governor-General, who has a personal connection with Haiti and who has just lost friends and relatives there, is expected to remain stiffly aloof, waving a maple-leaf flag. Ironically, she would be remarkably out of step with her fellow-citizens by so doing.

The difficulty with the signifier "loyalty," in any case, is that it conveys many conflicting things. To the "my country right or wrong" hyper-patriot, loyalty means blind, unquestioning obedience and conformity. To the more humane, the question is perhaps not so much what loyalty is, but where it is aimed. Some would direct it to the state, the government, the nation; others to humanity in general, or to ideas.

Buried in the concept is the sense that one's loyalty must not be plural. Where a conflict of loyalties arises, of course, ethical dilemmas present themselves. But I have never understood the perceived problem with "divided" or multiple loyalties where such conflicts are not in evidence. It is held to be an anti-Semitic canard to remark that members of the Jewish community have an affinity for Israel, for example, but I would be surprised if they did not, just as Tamil-Canadians obviously cared enough about the old country to mount major protests on Canadian city streets. I see no reason whatsoever to criticize our G-G for her human, as well as humane, response to the Haitian tragedy. It's a response that the world ideally should share.

But hold on a minute! Didn't that same Governor-General give up her French citizenship when she assumed office?

The Haitian-born Jean said it would have felt "kind of strange" to remain a French national, given the duties she will be assuming, including the title of commander-in-chief of the Canadian Forces.

"In light of the responsibilities related to the function of the Governor General of Canada and commander-in-chief of the Canadian Forces, I have decided to renounce the French citizenship that I acquired for family reasons in 2004," Jean wrote in her statement.

She said that French authorities have accepted her request to give up her citizenship in that country.

Jean's decision came despite earlier assurances from a French embassy spokesperson that she wouldn't have to give up her dual citizenship to assume the post.

"I welcome the news. I think most Canadians do," said Conservative Deputy Leader Peter MacKay. "I think it shows Mme. Jean wants to get off on the right foot and make a good impression."

Although the symbolism of having dual citizenship struck many Canadians as unfortunate, he said, "I think anybody who knows Mme. Jean would know that it was for family reasons, to give her daughter the advantage of dual citizenship and to support her husband. That's a natural thing in a marriage."

"But when you're going to be representing the head of state and carrying out functions in the name of Canada," added Aimers in an interview with CTV News, "any ambiguity that can be removed is only a good thing. And people will salute Mme. Jean for having done that." [emphases added]

Now, we are not at war with France. We enjoy excellent relations with that country, in fact, and have for decades. Yet the idea of dual citizenship, conveying the notion of dual loyalties, is here shrouded with negative connotations--it's strange and ambiguous and unfortunate.

To use the academic lingo, we need to interrogate the construct of loyalty. At present, it seems to constitute a barrier between human beings, a source of division rather than the solidarity that it allegedly promotes.

Turning now to "plurality," a particularly sniffy editorial in the Globe also caught my eye this morning. The International Centre for Human Rights and Democratic Development has been in the news recently. Stressed beyond endurance by the dysfunctionality of the Centre's Board, apparently precipitated by some recent Harper appointments, the President died a few days ago of a heart attack.

The entire staff--management and labour--has signed a letter calling for the resignation of three individuals, including the Board Chair. The employees complain of constant harassment, ideological snooping and racial profiling. The late President has allegedly been subjected to a relentless, vindictive campaign. The last few months have seen continual disruption, sounding suspiciously like a scenario from the Conservative playbook for sabotaging parliamentary committees. Two distinguished foreign appointees to the Board have walked out in protest.

The anonymous Globe editorialist's response? The government has a "right to appoint people with divergent views to the boards of federally-funded organizations without such actions being construed as part of a nefarious conspiracy." The Centre is at fault, supposedly, for not handling a "plurality of opinions" with "aplomb." Then this:

The litmus test for appointees should be their qualifications to serve, not whether they support the status quo opinion of the board. Conservative appointees who hold PhDs in international relations and practice international human rights law are qualified to serve. Their differences of opinion should have led to a healthy and vigorous debate, not outrage because they fall outside a preconceived consensus.

And here is the smarmy final paragraph:

If organizations wish to be free of divergent views, views that nonetheless are part of the broad Canadian discourse, they should cut ties with the government and raise their own funds, thereby maintaining control over future board appointments. Otherwise they must accept appointees whose ideas may be different from their own.

There is enough straw in all this to threaten a major conflagration. The suggestion is that the trouble was caused by incumbents unused to having their ideas challenged, as though they formed some kind of monolith before the new arrivals, and who wanted to be "free of divergent views." But there is no evidence of this in any reports that I have seen to date. And the fact that the entire staff is up in arms about harassment indicates that far more is going on here than differences of opinion at the Board level.

The suggestion that the Centre might consider cutting ties with government indicates a level of fatuousness not easily achieved even by newspaper editorial writers. The Centre is more than a "federally-funded organization." It is, in fact, an arms-length government body, created in 1988 by Brian Mulroney. It is legally required to report to Parliament annually. The government, under the Act that established the Centre, appoints ten of the thirteen Board members. The Centre could no more legally "cut ties with the government" than could the Social Sciences and Humanities Research Council. To attempt such a thing would be a remarkable case of lèse majesté.

Plurality of opinion is obviously something to be desired. But as we bloggers know full well, there is a difference between spirited, even heated, discussion, and abusive, divisive behaviour. To blame the less recent members of the Board for what has transpired, and to ignore the plea of the Centre's staff for an end to what they unanimously regard as months of on-going harassment, is to be somewhat less than candid--in fact, disingenuous. "Plurality" does not entail the meek acceptance of disruption, incivility and persecution. But in this case the word has been misused to defend, at least in effect, precisely that.

sorry still trying to get the hang of this. "guest" is me again

Usually your posts are dead on. This one is disappointing.

I believe they were objecting to continual harassment and the racial profiling. What goes on at the Board level is likely of less consequence to them.

As for the Centre, take it up with the Cons. They created it, and appointed the Board.

BTW: Why do you dismiss this as a "propaganda shop?" Sound like you got your talking points, all right, but where's your evidence? The site doesn't look anything like that.

Mention "human rights" to some of you folks and you release the safety-catch of your Brownings. Sheesh.

Therefore, if you wanted to specifically look for CNN News, it is right there in its own
directory on the front webpage. This is a growing and
profitable market with the increase in ability for all types of business- large or small - to do business in an international platform and other is
National Newspaper Networks combine newspapers from several States within the USA.
As a whole the paper has some major drawbacks, there are no pictures, essentially
no world news and the front page contained a spelling error.

For documentation purposes and additional interest, be sure to include the
banner including the name of the news publication, as well as the
date section. But I felt I had something interesting, if not unique, to say about
the Mafia because as a boy I had listened not only to Mafiosi in
my stepfather's kitchen but to first and second generation Sicilians who understood how and why the Mafia had gotten a foothold in this country.

The Regional Animal Hospital in Yorba Linda is well equipped to handle the emergencies.
As someone who believes in natural healing methods more than the traditional medicine which has its own side
effects, I liked the fact that she focuses on natural methods of healing from yeast infection.
Thanksgiving day is coming, I should buy a thanksgiving gift for Linda.

, one of the chiropractors in Fayetteville, is pleased to announce the implementation of programs for natural detoxification therapy.
The doctor will ask about symptoms of metabolic disorders such as fatigue, headaches, cramping, mood changes, shortness of breath, and chronic diarrhea.


Take a look at my web-site - magnetic auto control

One should apply minimal pressure to lift these concrete grinders and also hold it in flat motion while working.
Polished concrete floors come in different colours and types to suit the different decorative and functional requirements of domestic
or commercial customers. Flawless Flooring's polished concrete floor product boasts durability and decorative seamless surfaces made mainly from epoxy and polyurethane materials.