An Enemy of the People [updated] 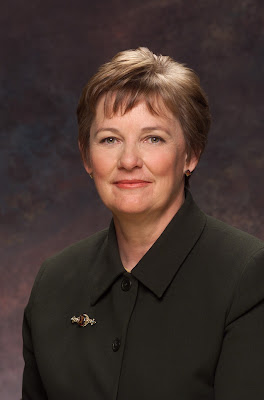 Move over, Thomas Stockmann, and make a little room for Linda Keen, currently CEO of the allegedly arms-length Canadian Nuclear Safety Commission. She's under threat of firing by the Harper government for doing her job. Not even Marc Mayrand, the Chief Electoral Officer who wouldn't bend to the will of an apparently illiterate and racist parliamentary committee, was threatened with removal. Canada's New Government is evidently getting bolder.

Ms. Keen's faults, it seems, are two-fold. First, she was appointed by a previous Liberal government. Hence, her concerns about a possible nuclear meltdown at Chalk River are obviously partisan--according to our Maximum Leader and the assorted yokels and dutiful sycophants who make up his inner circle. Secondly, she insisted that public safety should come before expediency and crass political interference in the workings of her formerly independent agency.

Keen ordered that a Chalk River facility that produces two-thirds of the world's radioisotopes used in diagnostic medicine be shut down until necessary safety work was done.* If anyone is at fault here, it is Atomic Energy of Canada, Ltd. (AECL), which had been running the operation for two years without safety upgrades required by the CNSC's operating licence. Unsurprisingly, the AECL head resigned a day after Parliament ordered the re-start of the reactor. There's lots of backstory here, and here, and here.

Keen has a strong background in science, with experience in the nuclear industry, including chairing the International Nuclear Regulators Association in 2003. Indeed, nearly all of the CNSC board, including a Conservative appointee, have impressive credentials. And here is Natural Resources Minister Gary Lunn, a lawyer with some inconsequential experience in the mining and forestry industries, telling her off:

"Serious questions have arisen about whether the commission, under your leadership, could have dealt more appropriately, with the risk management of this situation," he writes, obviously not appreciating the irony. "These events cast doubt on whether you possess the fundamental good judgement required by the incumbent of the office of president of the commission."

"Listen to the fool's reproach!" the poet William Blake wrote more than three hundred years ago. "It is a kingly title!" Being dressed down by the likes of Gary Lunn is a bit like Vidal Sassoon being lectured by Stephen Harper on how to cut hair, and she shouldn't lose any sleep over it. Someone of her stature will inevitably fall on her feet. But the vulgar triumph of the will that led to the re-starting of the facility could have catastrophic consequences for others, which is why we have nuclear regulators in the first place. It's not that such consequences are inevitable. It's that they're possible.

Chalk River, in case some are unaware, is located in an earthquake zone. Back-up safety systems were not in place, the regulator did her job, and for that she is being punished. The tannery will continue to contaminate the baths in that little Norway town, and maybe no one will get sick. The great white shark will hang around the resort, but they'll keep the beaches open and maybe no one will get bitten. And, with luck, nothing will cause a Chalk River meltdown. But if anything happens, we can't say we weren't warned. By another enemy of the people.
______________
*Commenter 2Sheds notes that it was the AECL that shut down voluntarily to begin with. It was when the AECL made clear on December 7 that it wanted an amendment to the original licencing conditions, which apparently came as a surprise to the CNSC, that the latter demanded on December 10 that a complete safety case be made in order to support that amendment. The next day the government panicked, sending a directive to the CNSC calling for it to take the health of Canadians into account, while tabling draft emergency legislation the same afternoon.

As the head of an independent quasi-judicial administrative tribunal, I was and remain deeply troubled by both the tone and content of your letter. The nature of the allegations which have been made, coupled with your threat to have me removed as President, seriously undermine the independence of the CNSC…

The Supreme Court of Canada has consistently held that the principles of fundamental justice require quasi-judicial administrative tribunals to be free from political influence or interference….

I would therefore ask you to carefully consider the significant chilling effect your recent actions could have on the practices and decisions of other tribunals who are responsible for important work on behalf of Canadians.

Still not a peep out of a single Blogging Tory on this sorry affair. Sometimes the Maximum Leader and his minions are a tad hard to defend, eh?

H/t Greg, in the comments.