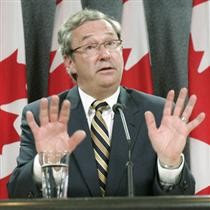 The recent bullying of Chief Electoral Officer Marc Mayrand by the House of Commons Committee on Procedure and House Affairs--and his firmness and grace under pressure--have raised a number of troubling public policy issues.

The House Committee, representing all four parties, unanimously asked M. Mayrand to change his ruling that veiled Muslim women do not have to reveal their faces when they vote. He rightly refused to do so, citing the unambiguous wording of the Canada Elections Act, and the fact that he had twice brought the implications of that wording to the attention of the parliamentarians engaged in drafting the legislation.

The Act specifically allows alternatives to photo identification of voters (indeed, the Minister's second reading speech stressed the need for alternatives to photo ID). The danger to the rule of law posed by the conduct of various members of the House Committee is obvious: they were in effect asking a public employee to ignore the law and to take their political direction instead. His response was measured, respectful and firm: the Committee is not Parliament, and cannot amend legislation-and neither can he. After this exercise in Civics 101, which some Committee members, particularly on the government side, apparently found difficult to grasp, M. Mayrand went off to supervise three Quebec by-elections.

Little has been said up to now about what else was at stake during this exercise, namely the integrity of Canada's federal public service as a whole. Political impartiality has been a cornerstone of the public service since the beginning of the twentieth century. While this has often simply been taken to mean that political partisanship must be avoided in the appointment process and in the conduct of duties by public employees, a reasonable interpretation would extend to, and exclude, political interference of any kind in the carrying out of those duties.

In that light, the House Committee disgraced itself by attempting to circumvent the rule of law and to strong-arm a public employee into making what was, in effect, a political decision. Had M. Mayrand bent, he would have compromised not only his own ethics, but the integrity of the entire public service. A values-based public service is considered integral to public service modernization, and every public employee must adhere to a Values and Ethics Code for the Public Service, which states, in part:

Public servants must work within the laws of Canada and maintain the tradition of the political neutrality of the Public Service.

Public servants shall perform their duties and arrange their private affairs so that public confidence and trust in the integrity, objectivity and impartiality of government are conserved and enhanced.

By upholding the law and insisting upon his duty to do so, in the face of unconscionable political pressure, M. Mayrand also upheld that Code. He is the epitome of what a public employee should be. Shaken by recent scandals like Adscam, the public needs to be reassured. And it is precisely his sort of exemplary courage and integrity that may begin to restore the public's trust in its own institutions.

UPDATE: (September 19) Commenter Mark Collins is correct in stating that, strictly speaking, M. Mayrand is not a "public servant" (he is an Officer of Parliament) and hence is not bound by the Values and Ethics Code, but, instead, the Conflict of Interest Act as it applies to reporting public office holders. (His office, however, does come under the Code.) But in the public mind, M. Mayrand is a senior civil servant: and by standing up as he did he defended the principles of public service independence and neutrality that are enshrined in the Code.