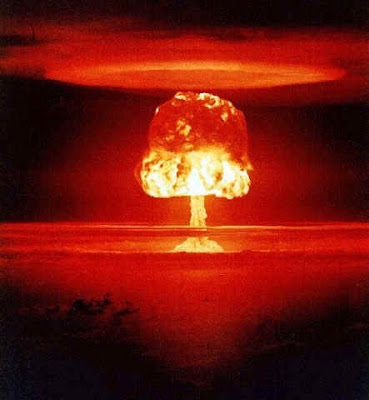 Given the continuing foofaraw about St. Ezra's martyrdom at the hands of the Bloody Assizes a junior public employee of the Alberta Human Rights Commission, I think it is instructive to note how all-fired selective conservatives can be in their oh-so-principled stand against statism. This is how the usual suspects treat the attack on democratic governance that the firing of Linda Keen represents.

So to Ms Keen I say good riddance to your presidency.

The Chalk River / CNSC dispute demonstrates what happens when a stagnant public servant is confronted by a situation where his [sic] superiors are hostile to his way of thinking. Because of the stagnation, the bureaucrat simply cannot understand nor accept why the government doesn’t think the way he does.

Granted, these commentators are not in the front ranks of conservative bloggers. But hey, wait a minute--where did those front ranks go?

For those who piously assert, anent the goings-on at the Alberta Human Rights Commission, that "it's not about Ezra Levant," I say in this case, "it's not about Linda Keen." It's about the concentration of power in the executive to an unprecedented degree, where arms-length, independent agencies are now subject to the whims of a Minister. Yup. Sounds like statism, all right. But the people now wringing their hands about the crucifixion of St.Ezra, I confidently predict, will remain utterly silent about the far more dangerous assault on the institutional checks and balances of Canadian governance that this action constitutes.

ADDENDA: The AECL lashes Keen--the coordinated timing is worthy of note. And the Star has the best take so far on this sorry affair.