Genocide on the hustings [bumped] 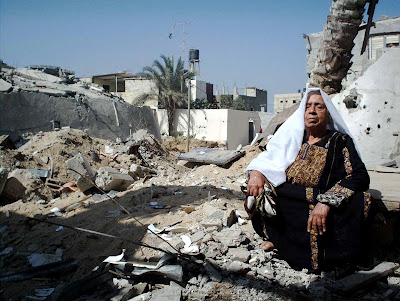 The operatives of the "big tent" parties--the Liberals and Conservatives--have been busy flinging unidentified substances at the Greens and the NDP for harbouring candidates of odd and unsavoury views. The latest one of these to drop is Andrew McKeever, whose misogynist and pro-war comments finally forced his resignation. He'll never be missed--at least by me.

But these same operatives are strangely silent when some of their own are exposed. Take Liberal candidate for York Centre, Ken Dryden. Please.

Ken wants to seal off Gaza, the largest open-air prison in the world. Here he is, on the record:

In front of a split audience in the sanctuary of the Beth Emeth synagogue on Wilmington...the ex-hockey guy’s eyes hardened as he advocated no truck or trade with the “terrorists” in the democratically elected Hamas government in Gaza.

Then he offered this shocker: “Stop all aid that flows into Gaza. While that may seem a harsh measure that will hurt Palestinian civilians… it is the right thing to do at this time.”

80% of Gazans rely on humanitarian assistance to survive. The implications of Dryden's words are very clear. We have heard no howls of outrage by Jason Cherniak as yet. Maxed out, Jason?

Dryden joins Conservative hopeful in Thornhill, Peter Kent, an executive official of an extremist anti-Muslim organization, Canadian Coalition for Democracies. His colleagues there have called for bombing Iran and wiping Islam from the face of the earth. "Muslims," declares his CCD President, Alastair Gordon, have "small minds" and "no humanity."

One reason the Liberals probably won’t pay a price for the Tories’ dedicated loyalty to the Israeli government is that the Grits hold exactly the same position now. Aside from Michael Ignatieff’s musing – and then step-down – about Israel committing “war crimes” in Lebanon, the Libs’ policy has generally morphed from bipartisan to Israel-positive.

Sure, Dryden did some hand-wringing at the meeting about how awful it is that Canada is no longer seen as the exponent of diplomacy and the honest broker it once was.

But as even B’nai Brith exec VP Frank Dimant admits, the parties have no real differences. Dimant points to his friend Irwin Cotler, the Lib MP for Mount Royal and former justice minister, as a case in point.

“His positioning on Middle East and Jewish issues in general is very close today to where the Conservative party is,” says Dimant, described by Embassy Magazine as one of the top foreign policy influencers in Ottawa.

But this consensus on Israel is a worry, says former ambassador to the UN Paul Heinbecker, particularly because of international law. “We tend to accept the argument that Israel is a democracy – ‘Who are we to criticize what the Israelis do? [Whatever] the Palestinians do is ipso facto wrong’ – I’m thinking of Hamas. This is not an approach that leads anywhere except to more deadlock.”

But pushing for a more complex view of the Mideast isn’t for the faint of heart. Steve Scheinberg, a retired Concordia history prof and Canadian Friends of Peace Now activist, laments that his group lacks the resources to lobby politicians for a view counter to mainstream Jewish orgs.

“I don’t think the Conservatives are that interested in the Middle East per se,” he says. “What I think they are interested in is winning some Jewish votes and money.” [Emphases added. --DD]

Vile comments and questionable associations might be seen as mere political pandering, in other words. But I have no reason to think that the personal beliefs of Ken Dryden are not in sync with his public utterances, nor that those of Peter Kent are in opposition to the organization that he helps to lead.

There is a further issue here, however--perhaps the key one--that needs to be spelled out. Do Liberals and Conservatives really think that the significant complement of Jewish voters in York Centre will be swayed by calls for crimes against humanity? Is the Thornhill candidate's leadership position in an extremist organization expected to appeal to them? Do these voters, en bloc, want to starve a civilian population to death, or throw Islam into the rubbish-bin of history, or bomb Iran?

Isn't this selling Jewish voters a little short, in fact--indeed, a lot short? Isn't the implicit assumption that Jewish electors lack humanity and tolerance--anti-Semitic? Come on, Cherniak, get on this. We can't clean up the darker corners of the establishment parties all by ourselves.

UPDATE: Cherniak responds. He suggests that a "Canadian hero" like Dryden is untouchable, even when he advocates crimes against humanity. Thanks for standing up, Jason.

UPPERDATE: (October 7) The Canadian Arab Federation and the National Post weigh in.

UPPESTDATE: (October 7) And so does Ken Dryden. (H/t commenter Mordechai)