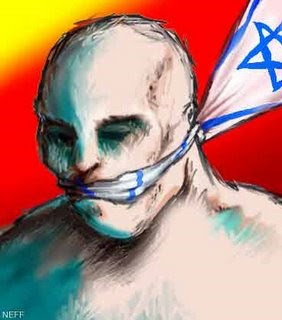 This time it's the angry, benighted Gary Goodyear, Minister of Creationism Science and Technology, trying to shut down an academic conference on the Middle East scheduled to be held at York University later this month.

Under Stephen Harper, ministers have come to imagine that they are princelings, unaccountable to anyone, who can merely wave their scepters and impose their will. There's Lawrence Cannon, whose Justice Department mouthpieces argued in Federal Court recently that his actions could not be reviewed by a mere court of law. There's Jason Kenney, canceling a six-figure training grant to a Muslim organization because its president called him a name--a clear violation of administrative law, to which the Roncarelli decision speaks directly. Then there's King Harper himself, scoffing at the Charter of Rights and international convention in the matter of child soldier Omar Khadr.

Perhaps, then, we should not be surprised, merely disgusted anew, at the antics of Goodyear--and the indefatigable shut-'em-down lobbyists at B'nai Brith Canada and the Jewish Defence League, the latter of which has been linked in the past to terrorism. They have been joined this time by the United Jewish Appeal Federation of Greater Toronto, a charitable organization that is supposed to stay out of politics. (Not to worry: CRA only seems to be targeting gays this year.)

Here, for those interested, is the website for the planned conference. Some of the listed speakers, according to Goodyear and the lobbyists, have made comments in the past that "have been seen to be anti-Israel and anti-Semitic." [emphasis added]

I would hazard a guess that most of us in the blogosphere who have ventured to be critical of Israel state policy have been "seen to be" anti-Israel and anti-Semitic as well. In fact, we're inured to this dirty tactic by now. But the new McCarthyism continues unabated, across the country and at the highest levels of the Harper government.

The Social Sciences and Humanities Research Council, my old stamping grounds, by the way, has been asked to convene an unprecedented second panel for a new peer-review assessment, days before the conference is due to begin. In my day the organization tended to resist such improper pressures and demands. I hope they do so once again, because there's a lot at stake here. It's not only the integrity of one independent granting agency that's being put to the test, but nothing less than Canadian academic freedom.

No word as yet from Canada's Speech Warriors™, but I'm sure they'll get around to it.

In light of public discussion, SSHRC requested information from the grant holder in the context of post award procedures as stated in the Grant Holder’s Guide for the Aid to Research Workshops and Conferences program.

The grant holder has informed SSHRC that the changes in conference programming since November 2008 are minor and that the aims of the event remain unchanged in their essence. The Dean of Osgoode Hall of Law School, and the Vice-President Research and Innovation at York University agree with him. SSHRC has accepted their assurance that planning for the conference is proceeding in a manner consistent with provisions of the Grant Holder’s Guide for the program.