Ghosts and goblins at every turn 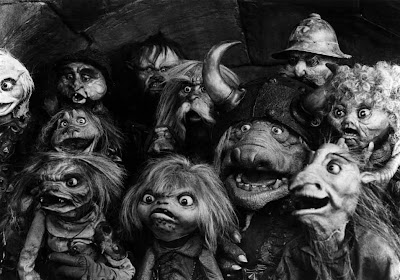 One question I never stopped to ask myself, as I joined others in Montreal celebrating the return of Abousfian Abdelrazik, was why this exhausted man, in transit for 30 hours, had traveled another six hours by van from Toronto instead of taking a one-hour flight to Dorval.

Simple: federal officials, without explanation, banned him from the Toronto-Montreal flight. Then, on the way to Montreal, the van was shadowed by unidentified vehicles whose occupants videotaped him.

From the persecution of exile and torture, Abdelrazik arrives home to a campaign of petty, malign harassment by a government that's behaving like a classic sore loser. Abdelrazik's lawyer, Yavar Hameed, has threatened to get a court injunction. The sooner, the better. We have laws to protect us from this sort of thing.

The Harper government, in fact, has behaved like a sorry collection of churls from the beginning, announcing the news of Abdelrazik's return only in response to a question in the House of Commons, and then refusing to answer inquiries about the restrictions that currently apply to him.

Restrictions? Indeed. A Canadian citizen, in his own country, charged with nothing let alone convicted of anything, is presently barred from seeking his own livelihood: banned from employment, from receiving money, from owning property. That's our wonderful anti-terrorism legislation, rushed through Parliament in the explosion of paranoia following 9/11. We don't have to be guilty of anything to be punished. Or perhaps we are simply born guilty, and must strive to earn our innocence in the eyes of the state.

As Hameed puts it: "They see ghosts and goblins at every turn and spend excess money making people miserable who don't deserve it."

In case anyone needs reminding, here are some relevant portions of the Canadian Charter of Rights and Freedoms to keep the evil critters at bay:

(1) Every citizen of Canada has the right to enter, remain in and leave Canada.

(a) to move to and take up residence in any province; and

(b) to pursue the gaining of a livelihood in any province.

Everyone has the right to life, liberty and security of the person and the right not to be deprived thereof except in accordance with the principles of fundamental justice.

(1) Every individual is equal before and under the law and has the right to the equal protection and equal benefit of the law without discrimination and, in particular, without discrimination based on race, national or ethnic origin, colour, religion, sex, age or mental or physical disability. [Emphases added]

The Harper government is a government of persons without shame or conscience. A dangerous government. Time, I think, for the courts to call it to heel once again--and to strike down the more offensive portions of the Anti-terrorism Act United Nations Act* while they're at it.

_____________
*I am informed by Professor Amir Attaran that the law that applies to the current circumstances of Abdelrazik is the United Nations Act, which binds us to support Security Council decisions, regardless of what they are or how they are arrived at. Security Council decisions at the United Nations trump international law, including notions of due process. The UNA, in the case of Abdelrazik, runs counter to the Charter of Rights and Freedoms, and indeed poses the continual risk of doing so in other cases. Best to repeal the Act and draft a new one that does not entail the automatic offering up of citizen rights to an unaccountable extraterritorial authority.
Posted by Dr.Dawg at 8:22 AM