Angry in the Great White North™ 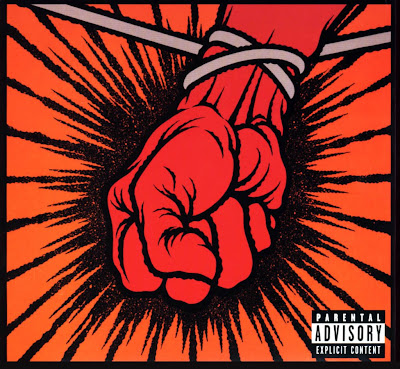 Canadians, according to a recent Ipsos-Reed poll, are an angry lot. Whether it's gas prices, inaction on the environment, taxes, neighbourhood crime, the Afghanistan mission or Tibet, we're royally pissed off. Or at least a goodly number of us are. More than half of us are furious about domestic issues, while nearly half (47%) are irate about our Afghanistan adventure and 43% are torqued about Tibet.

This is where it gets interesting. Within that 55%, one segment--20%--are actually planning to do something about their pet peeve(s). The remaining sector--35%--are keeping it bottled up.

A quiet, civilized, do-as-you're-told society? Maybe not so much. One-fifth of the population consists of seething activists. And another 35% might just become so:

"We found something that I think is deeply concerning - this pent-up frustration. It's out there, it's a significant proportion of the public who don't have an outlet for their concerns or their anger," he says. "We expected to find fed-up people, but not pent-up people.

"It's like having natural gas in the air, and if there's a spark of some kind, it can explode."

Why do I suddenly remember Honey clapping with delight and saying "Violence! Violence! Oo-hoo!" in Who's Afraid of Virginia Woolf?

And Martha, come to think of it: "Oh, I like your anger. I think that's what I like about you most. Your anger."

And let's not forget George: "Then, all at once, through all the music, through all the sensible sounds of men building, attempting, comes the Dies Irae. And what is it? What does the trumpet sound? 'Up yours'."

Put a different way, the problem, as always, is that we core activists spend a lot of valuable time at each other's throats. The folks patrolling their neighbourhoods with shotguns to keep down crime might not be the same folks exercised about Afghanistan and/or the environment. And that's too bad. Big tent time? What say you, Progressive Bloggers?

Because people do love their anger. Just check out the blogosphere, especially the commenters at the less salubrious joints on the Rive droite. But it's a wasteful emotion. In fact, I suspect that we aren't seeing anger at all, which is first and foremost the urge to destroy, but simply a little righteous indignation. We're Canadians, dammit. We get neither mad nor even.

So the folks who act on their sources of vexation don't bother me all that much, because I guess I'm part of that community myself. (There's that word "community" again. The gay community. The Muslim community. Now the angry community: don't we all look alike? Well, er, no. If we did, we wouldn't be angry with each other, would we?) We aren't out in the streets with machine-guns; we hold meetings and attend usually decorous demonstrations. We join political parties, and write letters to the editor, and create Facebook groups. We start blogs.

No, the folks that worry me are that 35%--more than a third of the population--whose head of steam doesn't have an outlet. William Blake has a poem on the subject. "The Poison Tree," that seems apropos:

And I water'd it in fears,
Night & morning with my tears;
And I summoned it with smiles,
And with soft deceitful wiles.

And it grew both day and night,
Till it bore an apple bright;
And my foe beheld it shine,
And he knew that it was mine,

And into my garden stole
When the night had veil'd the pole:
In the morning glad I see
My foe outstretch'd beneath the tree.

Somehow, rather than merely exploiting pent-up anger in a populist fashion, we need to find ways that it might be positively transformed: the urge to destroy is also a creative urge, as Bakunin observed, but I don't think this is invariably true. Anger tends to corrode its vessel, like a powerful acid. The destruction is everywhere evident; the creation, not so much.

In any case the realization that more than a third of my fellow citizens might be in the "quiet person who kept himself to himself before opening fire on a bus" category has me concerned, but only, I'll admit, to a certain extent. Thank goodness we're taught good manners in this country. The very thought of cleaning up afterwards is probably enough of a deterrent for most.

Hence it's probably safe to observe at a proper distance the impotent, screechy, shrieking anger of our blogopolitical enemies, both aggressive and passive-aggressive, and even to use it to our advantage. Treat them like research assistants: get your heads-up about their latest cible du jour and rally to the cause. George, again: "Oh-ho-ho-ho, beautiful! My god, you gotta have a swine to show you where the truffles are!"

Or, instead of rising to debate (some implied self-criticism here)--why not simply enjoy it? 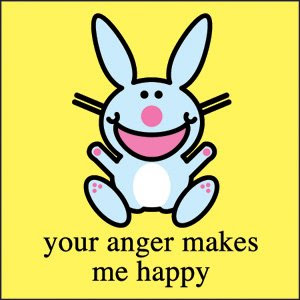 I do not know whether it's just me or if everybody else experiencing problems with your blog. It appears as though some of the text on your posts are running off the screen. Can somebody else please provide feedback and let me know if this is happening to them as well? This could be a problem with my internet browser because I've had this happen previously.

Inspiring story there. What occurred after? Take care!

Having read this I thought it was really enlightening.

I appreciate you spending some time and energy to
put this informative article together. I once again find myself
personally spending a significant amount of time both reading and leaving comments.
But so what, it was still worthwhile!

I will immediately take hold of your rss as I can't to find your e-mail subscription hyperlink or e-newsletter service. Do you have any? Kindly permit me recognise in order that I may just subscribe. Thanks.

Have a look at my site: natural collagen production ()

Wow! After all I got a webpage from where I be capable of truly
take helpful information concerning my study and knowledge.

Here is my weblog hersolution pills side effects