Facts of the case: the Steyn hearing [updated] 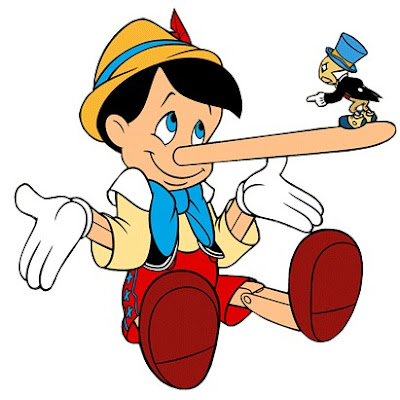 Readers will forgive me for this, but the falsehoods about the Mark Steyn proceedings before the BC Human Rights Tribunal continue apace, and it's high time to set a few matters straight before moving on to real news.

The latest offender in this regard is Ottawa Citizen columnist and bloviator David Warren, who can't get even the most elementary facts right as he blathers on about "obscene" Human Rights Commissions (sic), operating under the power of Section 13 of "our Human Rights Act" (sic). "The commissars running the tribunals need have no legal training, exhibit none, and owe their appointments to networking among leftwing activists," he says, with a straight face. "A respondent who comes before Canada's "human rights" tribunals has none of the defences formerly guaranteed in common law," he claims. At this point an image of him comes unbidden to my mind, David Warren with a sweet, innocent look--and his fingers crossed behind his back.

But here I must, albeit unwillingly, give Warren the benefit of the doubt. Perhaps he's not being deliberately deceptive, but merely careless with the truth. Perhaps he's just not a very good journo. Perhaps the same blithering ignorance that leads him to reject the theory of evolution is at work here. Perhaps he is propelled by venom rather than intelligence--his endless spewing about "commissars," "neo-Maoist tribunals" and the like, might reasonably lead one to that conclusion.

However, for the record:

2) He Maclean's is before a Tribunal, not a "commission." This is not mere semantics. In most jurisdictions, the Commission and its tribunals that actually hear complaints are at arms-length. The Commission establishes policies and procedures, and investigates complaints at an early stage of the process. It also appoints tribunal members. (A claim by Bell Canada that this could compromise a tribunal's impartiality was dismissed by the Supreme Court in 2003.) In BC, however, there is no "commission" per se, but only a Tribunal, whose members are appointed by provincial order-in-council . Complaints go directly to the Tribunal, and are heard by a panel of Tribunal members.

3) Appointees to the BCHRT are experts in human rights law, contrary to Warren's ridiculous assertion. All but one of the Tribunal members hold degrees in law. (The one who doesn't, Barbara Junker, has several years of experience on administrative tribunals; she is not connected to the Steyn hearing.) They are appointed after a merit based selection process (Section 30, BC Human Rights Code). The three panel members holding the current hearing all have law degrees: more about them below.

4) Two of the three panelists in the Steyn hearing were appointed by the Campbell government. So much for "networking among leftwing activists."

5) Rules of procedure and evidence are very much in place. I cannot bring myself to believe that comments to the contrary by the speech-warrior clan are made in all innocence. The Tribunal hearings fall under the BC Administrative Tribunals Act. The BC Human Rights Code contains no privative clause, so that the decisions of the BCHRT are broadly reviewable by a regular court.

Under Section 32 of the BCHRC, Section 59 of the ATA applies. Here it is:

Standard of review if tribunal's enabling Act has no privative clause

59 (1) In a judicial review proceeding, the standard of review to be applied to a decision of the tribunal is correctness for all questions except those respecting the exercise of discretion, findings of fact and the application of the common law rules of natural justice and procedural fairness.

(2) A court must not set aside a finding of fact by the tribunal unless there is no evidence to support it or if, in light of all the evidence, the finding is otherwise unreasonable.

(3) A court must not set aside a discretionary decision of the tribunal unless it is patently unreasonable.

(4) For the purposes of subsection (3), a discretionary decision is patently unreasonable if the discretion

(a) is exercised arbitrarily or in bad faith,

(b) is exercised for an improper purpose,

(c) is based entirely or predominantly on irrelevant factors, or

(5) Questions about the application of common law rules of natural justice and procedural fairness must be decided having regard to whether, in all of the circumstances, the tribunal acted fairly.

And here is the complete list of such reviews from 1997 to the present.

Now, let's have a look at the three panel members hearing the Steyn case.

The Chair of the BCHRT, Heather MacNaughton, became Chair on August 1, 2000. Her two co-panelists are Tonie Beharrell and Kurt Neuenfeldt (both, as noted, appointed under the Campbell government).

And here is the usual Free Dominion crock of rubbish about all three, authored by none other than my friend Ezra Levant. He's at his frothing best about rulings the panelists have made in the past. NB: please follow the links, provided there, and reproduced below. Read the decisions. As in the infamous "hand washing" case,* the rulings that have excited Ezra's ire are very different from the cursory pearl-clutching description of them that he provides over at FD.

With respect to Neuenfelt, Levant claims that he ruled in a complainant's favour while the respondent was not even made aware of the proceedings. But a look at the actual ruling indicates that repeated efforts were made over a nine-month period of time to ensure that the respondent in the case was indeed aware of the proceedings and had the opportunity to present his side of the story. A registered letter to that effect was delivered, according to Canada Post records. Registered letters and other documents subsequently sent to him were refused. He simply blew the Tribunal off. In his determined absence, he was found to have discriminated against his tenant. (Try playing those games with a regular court: he got off very lightly indeed.)

Tonie Beharrell is in trouble with Ezra because she allegedly ruled that employees of a bus company had the right to be absent for long periods without being disciplined. What Ezra somehow failed to mention was that the drivers in question were people with disabilities, that their absence was non-culpable (related to their disabilties, not to wilful absenteeism), and that they had been placed in an Attendance Management Program without regard to their disabilities or to any possible accommodation. Beharrell ruled that this constituted systemic discrimination. Indeed, it was a textbook example of it.

Finally, the Chair, Heather MacNaughton, is excoriated for ruling that provisions for children with disabilities had to be made throughout the BC public school system. What a monstrous crime against humanity that was, in the looking-glass world inhabited by the likes of Ezra Levant. (His general views about accommodation, it must be said, are not enlightened.)

Briefly, the only conclusion to draw from this odiferous collation of inaccuracies, half-truths and outright falsehoods from the Steyn camp is that the truth doesn't matter. When human rights institutions are the quarry, anything goes. No need to check facts. No need to check sources. No need to render anything like an accurate account. Say whatever you want, no matter how blatantly wrong it is. Smear people. Make stuff up. Some of the mud might stick.

So bravo, David and Ezra, for making so clear the standards that guide journalism on the Right. At this point, I'd be checking outside for myself if you told me the sky was blue.
______________________
*The ruling allegedly allowed the legal right to work in a restaurant kitchen with dirty hands, but it did nothing of the kind: read it, not Ezra Levant's hash of it. A salient paragraph:

It may be that, at the end of the day, Ms. Datt could not have been accommodated at McDonald’s because she simply could not meet its hand-washing policies doing any job or combination of jobs, but based on the evidence before me, I find that McDonald’s failed to take all the necessary steps to make this final determination.

**UPDATE: (June 5) As noted by one commenter, Mark Steyn isn't a respondent at all: Maclean's is, for publishing an excerpt from Steyn's America Alone. Mea culpa--must have been all those cries of "Free Mark Steyn" that led me astray. I'm happy to make this correction. [Added June 7] I seem to have been in good company.

This is rich: you call ME a "bloviator." Reread your post.

Then reread my column, but carefully this time. Notice how the first sentence begins: "The writings of ... Mark Steyn." That is at issue before the BC HRT. I did not fall into the pedantic trap in question.

Continue reading, & you will find that I made none of the assertions you contradict. For my remarks were about Canada's Human Rights Commissions at large -- to all of which I am opposed -- not specifically about BC's. I did not have space to go into comparative administrative detail that would have been irrelevant to my argument. I am incidentally quite aware of the HRC/HRT distinctions, as you will find by the way I switch from one term to the other as the column proceeds.

I wrote, "The commissars running the tribunals need have no legal training, exhibit none, and owe their appointments to networking among leftwing activists." This does not say those in question have no legal credentials. The fact that a commissar is appointed under Campbell's government, or under Mike Harris's in Ontario (as I believe Heather MacNaughton once was) hardly means that he or she was appointed by the premier. Their appointments advance through a little bureaucratic world of like-minded people.

Ezra Levant himself has written on the comparative advantages & disadvantages of the BC system. The fact that it agreed to hear a case that had nothing to do with BC speaks to the latter.

We could discuss all day the actual past & record of each of the quasi-judges in turn, & the cases in which you contradict Ezra Levant: for each of the points you raise cries out for rebuttal. I will not do that however. By all means let people read some of these decisions.

Better yet, let them read some transcripts for an idea of how these cases are "tried."

Done. Reader comments are welcome.
Posted by Dr.Dawg at 8:52 PM