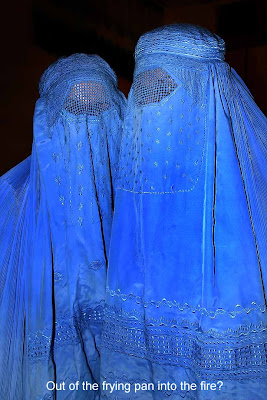 Herouxville, population 1,300, is the town that adopted a code of conduct for immigrants earlier this year -- even though scant few minorities choose to settle in region halfway between Quebec City and Montreal.

The code declares certain practices such as stoning, burning with acid, and genital mutilation as contrary to Quebec values.

Drouin replied that global warming will bring a flood of immigrants to Canada, including many from Muslim countries.

"It doesn't matter in what country the stoning is taking place,'' Drouin told Bouchard and co-chair Charles Taylor.

"Stoning takes place, and some of those people will want to come here. It's important to be preventive.''