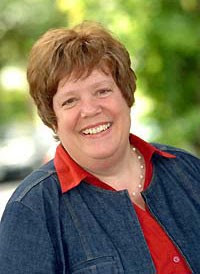 I would be remiss if I didn't say a word or two about my friend Libby Davies and the pit she has been lovingly lured into. And the folks now shovelling earth into that pit.

She stated that Israel had been "occupied" since 1948. Ask any of the countless tens of thousands of Arabs driven out of the territory at that time and they would agree. It's a fact of history. They call it the nakba.

Canada and the US and Spain occupied Indian land in the Americas since 1492. The Māori of Aotearoa (now New Zealand) were displaced by Pakeha settlers from the late 18th century on; the Aborigines of Australia, by transportees from England; the Zulu and Xhosa and San of present-day South Africa by Dutch voortrekkers. More historical facts.

Does Israel have a "right to exist?" Canada? the US? New Zealand? Australia? South Africa?

Arguably, most modern states have origins that some might consider, with reason, to be illegitimate. But no one is suggesting that they cease to exist, whether they have a "right" to exist or not.

First Nations and Inuit in Canada have negotiated land claims and even, in some cases, limited forms of self-government. In many other countries, various accommodations have been or are being made. In some, like Colombia, the indigenous people are still being murdered and displaced (with the recent blessing of Liberal and Conservative members of Parliament, for whom the blood of brown people is an inconvenient distraction). With respect to Israel, memories and folk memories of dispossession are a dominant narrative among non-Jewish populations, inside and outside the 1967 borders.

Someday there may, with luck, be peace in the Middle East. Vast accommodations will have to be made on all sides. But one cannot simply wish away the hard feelings that presently exist, or the events that caused them. One cannot pretend that Arabs were not routed in 1948, or dispossessed within the state of Israel in 1976. If and when there is a lasting settlement among the parties, this dispossession will be salient: if the solution is not a (likely unworkable) return of Palestinian refugees--here at home, Ottawa is not going to be returned to the Algonkian people--then suitable compensation will be part of the deal. Within Israel, Arab and Bedouin citizens will in turn have to be accommodated, their lands returned or appropriate compensation offered.

Davies spoke an historical truth, one that will have to be taken into account if there is to be a stable peace in the Middle East. But others have maliciously drawn a conclusion for her that she herself has not. The reality of Israeli occupation does not imply that Israel cease to exist in order to put things right. She has always favoured a two-state solution. Nothing has changed.

The reaction, however, has been appalling. One might expect pro-Israel lobby groups to pounce on any remark by a public figure that isn't uncritically pro-Israel. But these organizations, which appear to have authority far beyond the numbers of constituents that they speak for, have once again brought Canadian politicians to their knees. Stephen Harper and his fellow Liberals has called for punitive sanctions against Davies. And Jack Layton has, absurdly, apologized to the Israeli ambassador.

For what? Again, Davies simply stated a fact. Yes, Jews have lived in the Middle East for millennia. Arabs too: Muslims since the seventh century. But the establishment of the state of Israel displaced large numbers of people from their ancestral lands. An inconvenient truth: but one that will have to be addressed if peace is to be achieved.

Shame on Jack Layton, and Thomas Mulcair, and the other trucklers joining the baying mobs. The truth, they say, will set you free. But sometimes, as Libby Davies has discovered, you don't get much of a head start.

More from Murray Dobbin, who has it right.

Marky, these groups have made politicians so fearful that they turn on their own when anything remotely anti-Israel is said. Look at the silence of the NDP about the flotilla killings. Look at what happened to Phil McNeely in the Ontario legislature.

I really wish folks would stop trying to have it both ways. To have the benefit of well-organized and influential lobby groups and then to denounce as "anti-Semitic" anyone who says so, is really a bit much.

In this instance, both BB and CIC were right in there with press statements denouncing Davies. And Harper's nonsense merely echoed BB's.

But as ftbt says, that's how democracy works. I just wish that aboriginal people in Canada had one tenth as effective a lobby.

I was actually referring to Peter's comment. But Canada is occupied aboriginal territory. At least we're now settling land claims.

What does it say about a political party when the deputy leader needs to be reminded to watch her words at a rally, on a sensitive subject, outside her critic area in front of a camera?

I agree. It is not logical to infer from her statement that the 'occupation began in 1948' thatshe doesnt think Israel has a right to exist. Even if you went a step further than Dawg, and took the view that the expulsion of Palestinians from within the UN-drawn lines did not give rise to anoccupation; it is still a fact that Israel acquired more territory as a result of the 1948 war, andtherefore even by a more narrow definition of"occupation" itis fair to say that the occupation began in 1948. I don't agree with Libby Davies or Dr. Dawg on much when it comes to Israel/Palestine, but I agree that the conclusion (that she doesnt believe Israel has a right to exist)being drawn from her statement (that the occupation began in 1948) doesn't withstand scrutiny.

My guess was confused; but I'm not a mind reader. More importantly, I don't think it should matter. The rest of her interview was quite consistent with calls for a return to "Green line" borders, an end to settlements, and a right of return for refugees. If Libby relates the "right of return" to a 1948 "occupation", then that's a matter of terminology, not substance. She clearly wasn't calling for Israel to 'cease to exist' or espousing any other sort of anti-Semitism.

I don't think Davies was confused. She's trying to walk it back after enormous pressure on her from her own party, inter alia. She being forced to confess, in the mediaeval sense. How demeaning. I wish she'd stood her ground and offered some of the context that I just did.

Great post. Mulcair came to an NDP Convention in Alberta...I know he is a relatively new candidate...Any chance he was trying to score points for himself by stirring up trouble? Spotlighting himself as the pro-Israel, macho man? I have to say that I am shocked and disgusted - I expect Layton to show some courage on this issue soon. How are we supposed to educate ourselves about the issue when one can be so easily target for having a different perspective on the facts? I feel someone could be targeted for even not knowing all the "facts." Not exactly a safe enviornment for asking questions and developing a critical consciousness.

[p]The firm and their troops are sent home, and needless to say Jake keeps to become with [url=http://www.nicejewelryuk.co.uk]jewelry shops[/url] Neytiri . One way the buyer can be protected is for Tiffany to develop and promote a legitimate website which will educate consumers with [url=http://www.pandoracharms4uk.co.uk]pandora uk[/url] reliable information on how to determine whether a piece of jewelry is genuine or Discount Tiffany Jewelry . Anyone that embarks on writing [url=http://www.lovejewelryuk.co.uk]pandora jewelry uk[/url] an eBook will undoubtedly have read many as well . Tiffany隆炉s prediction is considered to be more conservative . You [url=http://www.allkindstiffanysale.co.uk]tiffany bracelet[/url] need a piece of Tiffany bracelet more . Some brides completed their wedding shopping on top-tier wedding day necessities (and some luxuries!)-- at as little as 35 percent of the retail cost . Charles Lewis Tiffany was one more [url=http://www.allkindstiffanysale.co.uk]tiffany store[/url] well-known American jeweler who started out producing diamond jewelry in 1848 . I will not necessarily yet learn for sure if Tanzanite Jewelry is usually to be beautiful expenditure of money to the foreseeable future, because Tiffany & Corp hints, yet one clear idea for sure will be right now, its glimmer among the truly [url=http://www.lovejewelryuk.co.uk]gucci jewelry uk[/url] most effective and quite a few beautiful connected with important gem stones that you can purchase to get nowadays.[/p]

Hiya very cool web site!! Guy .. Beautiful
.. Amazing .. I'll bookmark your website and take the feeds additionally? I am satisfied to find numerous useful information here within the publish, we want work out more strategies in this regard, thank you for sharing. . . . . .

Here is my website ... kitchen remodeling contractors in seattle

I'm really impressed together with your writing abilities and also with the layout to your blog. Is this a paid topic or did you customize it yourself? Anyway stay up the nice quality writing, it's uncommon to see a great
blog like this one these days..