Paranoia: are the Liberals trying to defeat MMP in Ontario? 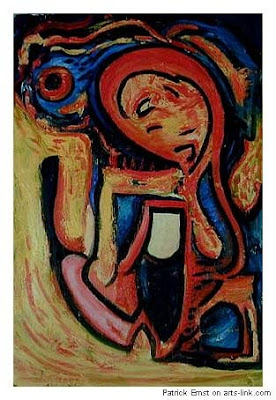 John Hollins, head of Elections Ontario, has stated publicly that referendum regulations require the political parties to stay out of the electoral reform fray. Is this happening?

I'll be the first to say that I dunno. But a glance, admittedly brief, at the "NoMMP" campaign does raise some questions in my mind.

Take the website itself (please). It's registered to David Graham:

For good measure, Mr. Graham has registered "nommp.org" as well.

Graham runs his own blog, these days devoted pretty well to anti-MMP propaganda. His alleged non-partisanship is perhaps revealed by this recent statement: "Stéphane Dion has my full and continued support" (scroll to the end). But in any case, let's take a look at the two head honchos of the "NoMMP" campaign.

The Chair, a Mr. Michael Ufford, is a Liberal who recently donated $100 to the Gerard Kennedy leadership campaign. What of his Director of Communications, Joseph Angolano? Why, he's another Liberal, a McGuinty Liberal at that, who expressed support for the Ontario Citizens' Assembly process, giving it as a reason, in fact, for voting for McGuinty in the last election!

The "NoMMP" website directs our attention to a Facebook "No" group. After an admittedly cursory look at the names there assembled, these jumped out at me. I ran down their provenance for readers (although, to be fair, there is a smattering of Conservative activists listed there as well):

and some guy named Jason Cherniak, who's probably a Liberal too.

Now, there was a Young Liberal Conference last weekend, in which two-thirds of those attending gulped down the anti-MMP Kool-Aid. Networking happens. But how do we explain the hidden Liberal face of the allegedly "non-partisan" "NoMMP" campaign, apparently run by party apparatchiks? Why hide that face?

Against all of this, of course, is the noble "Liberals for MMP" group, which is a blogroll inviting Liberals with pro-MMP interests to get on board. Nothing sketchy here--everything is above-board, affiliations are out in the open, a common purpose is identified. But as for the other bunch--Elections Ontario, are you doing your due diligence?

UPDATE (August 15): Joseph Angolano, a self-described "Liberal friendly-voter" [sic] who will be supporting Dalton McGuinty in the October election, would like it recorded that he is not now, and has never been, a member of the Liberal Party or a financial contributor to it, much less a Liberal "apparatchik." DawgNews hence retracts any suggestion to the contrary, and offers apologies to Mr. Angolano for any embarrassment caused. With the further information now at our disposal, the phrase "fellow traveller" would have been more appropriate.

UPDATE: (September 14) Mr. Angolano has taken down his blog, so the link to it, above, no longer works. For the record, this is his comment about McGuinty and the Ontario Citizen's Assembly:

Firstly, let us look at the Citizens’ Assembly on Electoral Reform. McGuinty took one very important issue, that of electoral reform, and said that he would leave entirely up to the people of Ontario to decide what kind of electoral system they want. Political elites did not get involved. This, folks, is called true empowerment of the citizens. By creating this assembly, McGuinty has done more to advance democracy in Ontario that any other premier before him. I think he should be re-elected for this act alone.